Back in the 70's when we all started to get into sea kayaking about the only book available on the subject was the book called Sea Canoeing by Derek Hutchinson. 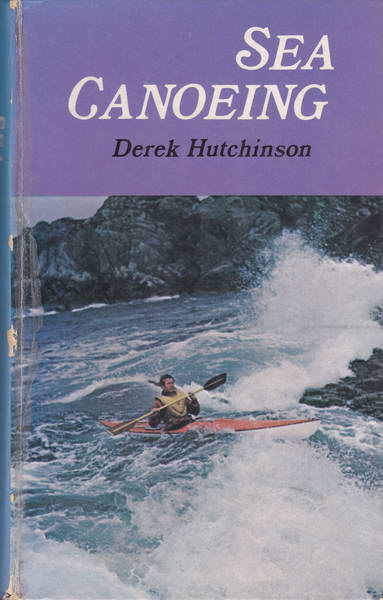 Derek Hutchinson is recognised world wide as the Guru of sea kayaking. He travelled the world demonstrating sea kayaking techniques (my friend Elli went to one of these in America).  So when we started sea kayaking in the 70's we avidly read this book from cover to cover. Last year I took 2 novice sea kayakers across Banks Strait to Flinders Island. I gave them this book to read during our training period - it is still as relevent today as it was back in the 70's. (It did have some small bits that I disagreed with and I wrote to him about one of them and he wrote back and agreed it was inaccurate and in future issues of the book that section was changed).

There is one of his statements that I agree with 100%, but is seems Marine and Safety Tasmania have the arrogance to suggest they know better than Derek Hutchinson. Derek says don't ever have these on your deck, but Marine and Safety Tasmania says you will have one of these on your deck or we will prosecute you. It would appear that some time in the future they will have to prosecute me as I will never ever carry one of those on my kayak - I value my life too much.
Page 22

On no account must there be loose ropes near the cockpit. And he says it again when talking about tow ropes.
Page 23 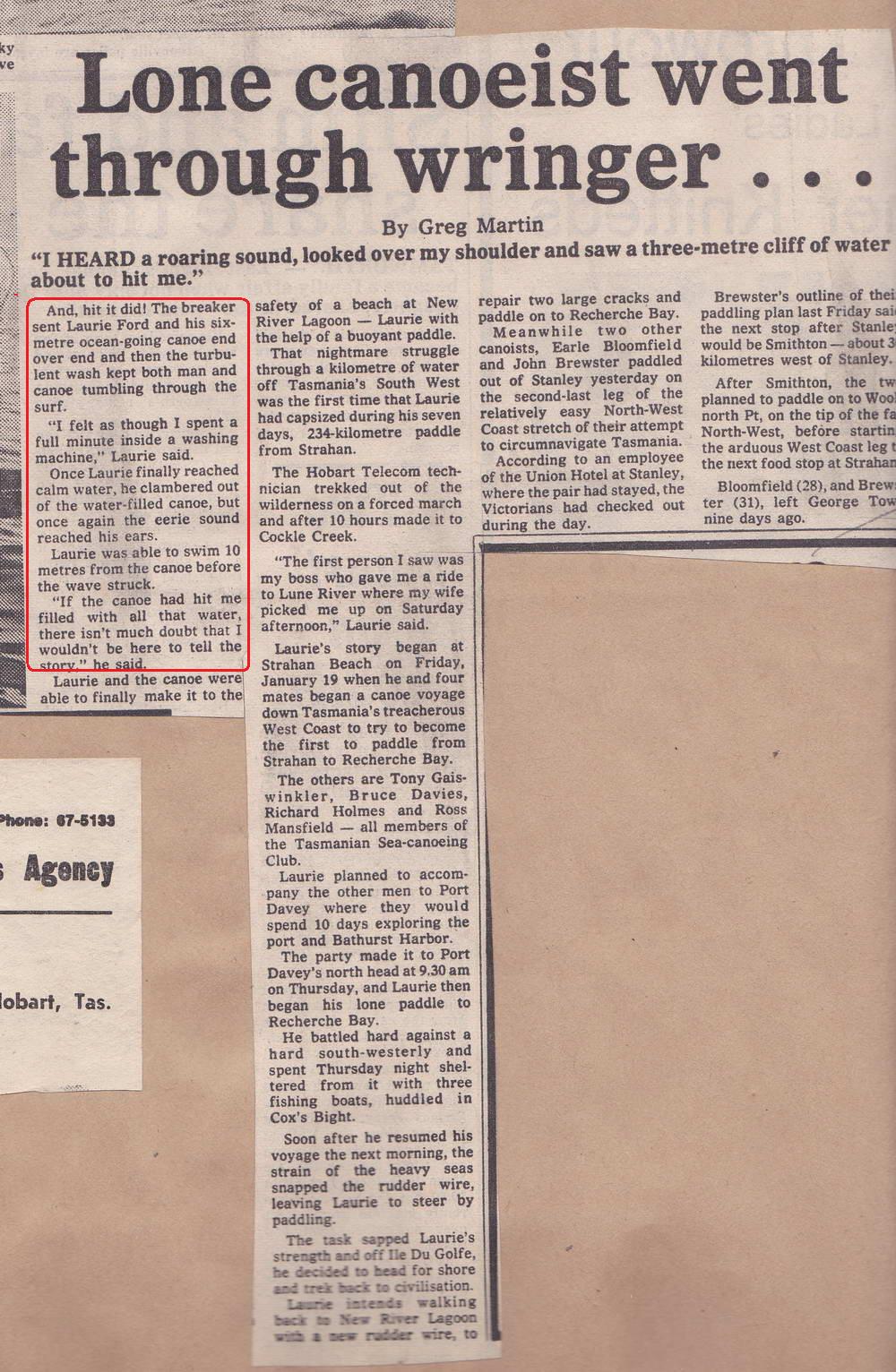 This is exactly the sort of situation Derek Hutchinson is talking about. The very last thing in the world I would have wanted would be a loose rope near the cockpit that could have wrapped around my neck or arm or leg and dragged me deep underwater attached to the kayak. An absolutely crazy notion. But Marine and Safety Tasmania are saying I will have a paddle leash on my kayak or they will prosecute me. Well go ahead and prosecute.

This is an excerpt from a trip report across  Banks Strait to Clarke Island in  the June long weekend of 1993.
The third day, when we had planned to go home produced an extremely unpleasant sight - huge breakers crashing up the beach in Rebecca Bay, something I have never seen before in all my years of coming to this isolated island in Bass Strait. And getting off the beach looked nigh impossible. Because of the tides the ideal time to leave was about 4pm but this would mean crossing in the dark and was out of the question, so the next best time was 10am. So duly at 10am Wonder Dog pushed off to give it a go. I stayed ashore as it was useless me getting out (if I could) if he couldn't, so I had to wait and see. Oh I wish I had a Video camera. For just about an hour he made attempt after attempt to break out, only to be returned to the beach upside down every time. He eventually gave up, being fairly exhausted and we resolved to wait to 4pm for another try, and perhaps better conditions. 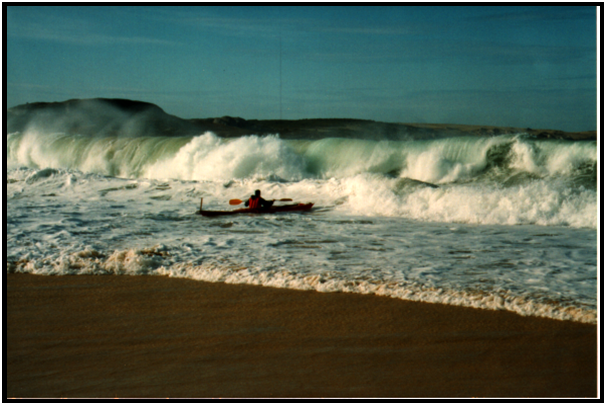 There is no way that Wonder Dog would have wanted a paddle leash entangling him every time he came out of his kayak.

I cannot believe the arrogance of Marine and Safety Tasmania to think they know more about sea kayaking than the world acknowledged Guru of sea canoeing - Derek Hutchinson - and insist I endanger my life or they will prosecute me.