Back in the 70's when Tasmanians started sea kayaking in fibreglass sea kayaks (they were sea kayaking in canvas kayaks before that) there were no hatches on sea kayaks - none that we saw as suitable. There were no kayaks with sails, no kayaks with pumps, no kayaks with trouble-free rudders. Various people were doing their own thing about these but it was Paul Davis and Cecily Butorac who came up with the first really good hatch cover - these are still in use today (2016). The rudders were so poor that when I built the "Longboat" in the late 70's I put the rudder in the skeg. This is the same kayak I paddled across Bass Strait in 2016 - over 35 years old. The Longboat is 20 feet long, or 6.1 metres. The stainless steel rod lets me seal launch down rocky shores. 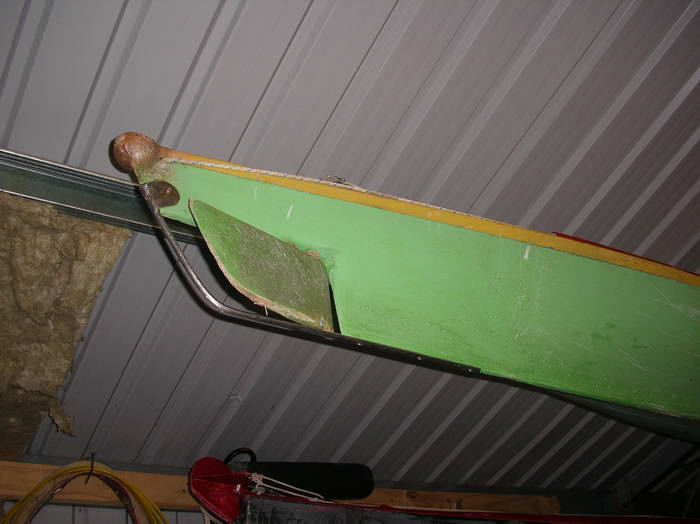 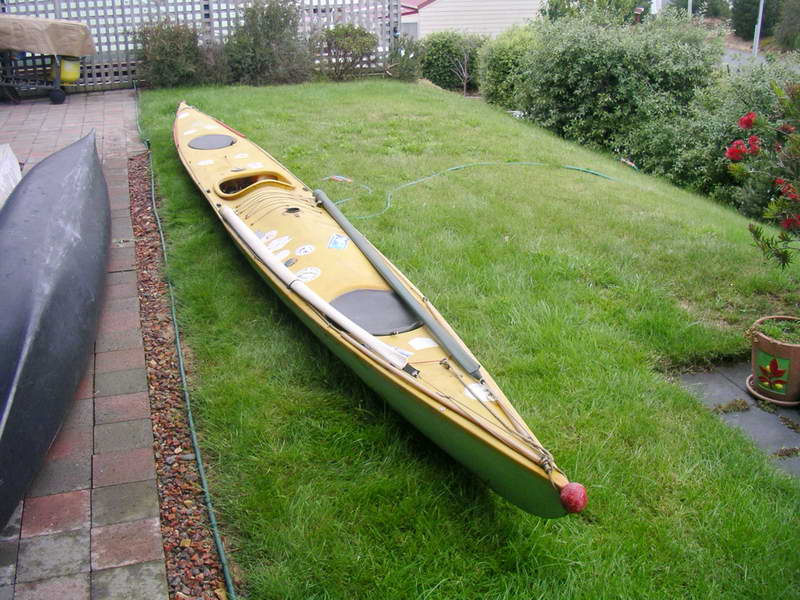 As sea kayaking got more popular a lot of people brought their kayaks to me to fit with bulkheads and hatches, and rudders. I designed a fairly trouble free rudder to fit to all of them - that rudder is still being used today - unchanged. Having a long childhood near a beach and living with Arthur Ransome books my thoughts turned to putting a sail on a sea kayak. My first one in 1979 was tiny, but it grew quickly to the current sails today. Soon after that I made the decision that any pump fitted had to be hands-free, and so fitted an electric pump.

In my opinion John MacGregor was the Father of modern sea kayaking - ie. using sea kayaks for long distance voyaging. Wikipedia says this: "He is generally credited with the development of the first sailing canoes and with popularising canoeing as a sport in Europe and the United States. He founded the British Royal Canoe Club (RCC) in 1866 becoming its first Captain".

His "Rob Roy" kayaks had sails and rudders but it seems that somewhere along the way the British let these ideas slip. In 1879 Reverend Fairey used a Rob Roy kayak to paddle from the Forth River in Tasmania to Hobart. In his own words: "With the new year of 1879 preparations were made for the first Annual Voyage of the Missionary Canoe. In our new home, on the banks of the River Forth, charts and books were consulted, and it was determined to sail the canoe from the foot of our paddock to the wharf at Hobart Town, which would be a journey of 300 miles along the north-west, north-east, east, and part of the southern coast of the island.
The first thing to do was to varnish the canoe, have a new provision-box prepared, also a spare sail, and two new lockers in the sides of the canoe, made to shape of the little vessel, and intended the one to hold lantern, charts and field glasses; the other, the provisions for the day. The chart was cut into squares, glued to cigar-box wood and varnished, spare cordage was provided for canoe-painter and yoke lines and sail halliards. In addition to the spare sail it was thought desirable to take a spare rudder, and this was pushed right into the bow of the canoe, out of the way."
Reverend Fairey could not roll of course, and paddled quite a bit at night. A remarkable achievement when you consider paddlers today wouldn't attempt that trip without GPS's and EPIRBs and radios for weather forecasts etc etc.. To properly recreate his trip would mean sitting in your kayak all night off the entrance to Blackman Bay on the East Coast.

"It was now about half past five in the evening. Upon looking about me I discovered the entrance to Blackman’s Bay, but, to my disappointment, the sea was breaking right across the narrow channel, while the surf was thundering upon the sand just at the head of Marion Bay. I hardly knew what to do. If I attempted to return to Maria Island, what wind there was would be right against me, and both sides of Marion Bay presented a line of cliffs.

I was glad to find that the wind was falling, the sea became smooth, but the swell rolled in as badly as ever, and a sea breaking about twenty feet ahead of the canoe warned me to paddle out further from the shore. This I did, and under the circumstances determined to lay out in the bay all night, trusting to find it possible to go through the narrows into Blackman’s bay in the morning. The first thing to do was to have supper; the locker and spare provision-box supplied my wants, and notwithstanding my vexations I made a hearty meal.

It was now getting dark, and as the darkness deepened I could see the lights shining from the windows of the farmhouse about Bream Creek. After supper I took the paddle and sent the canoe another quarter of a mile from the beach. I then buttoned my warm canoe jacket above my felt hat and with my hand on the paddle, I reclined against the backboard and from time to time got “forty winks”. In this way the hours passed away. Every now and then the noise of the surf seemed to sound clearer, and I knew that the canoe had drifted closer to the beach; then I would sit up and paddle out towards the centre of the bay. It was a very long night to me; if I never knew before, I learnt then what the Psalmist meant when he said, “More than they who watch for the morning”.