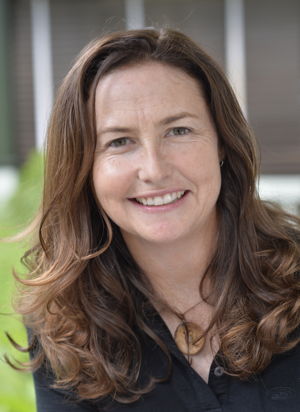 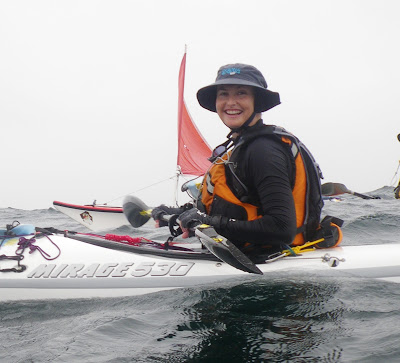 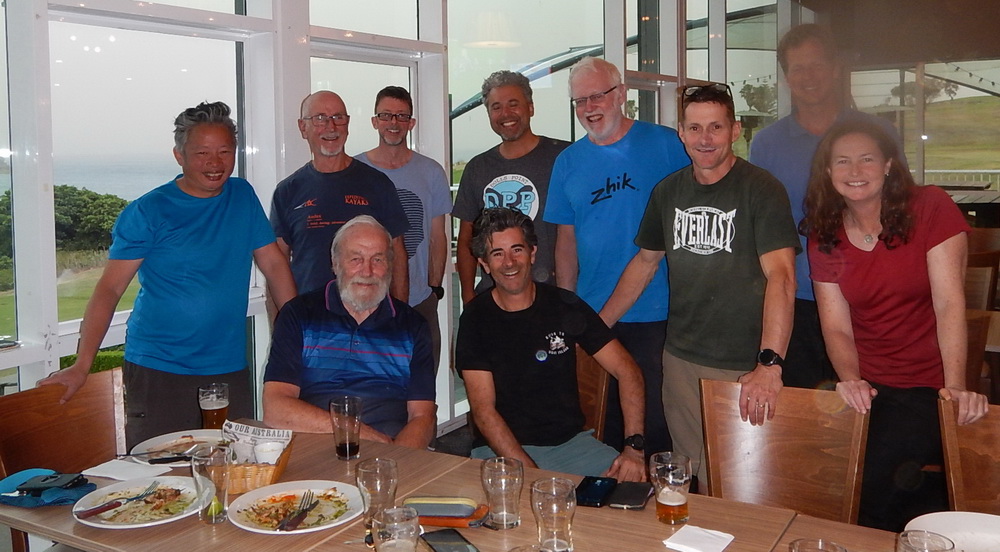 In February 2011 Shaan Paddled solo across Bass Strait via the Flinders Island route, in 19 days.

By SHAAN GRESSER Shaan Gresser, 38 "In 2010, I started training to become the first woman to kayak solo across Bass Strait. I hadn't been kayaking long and suffered setbacks, including a serious accident that saw my kayak smashed and me winched to safety.
I remember Stuart Trueman’s comment about preparing for kayaking expeditions: if you made it to the start of your trip this was probably the most important moment of the expedition! That’s because inevitably there are many obstacles to overcome before a single paddle stroke is taken. When I decided in late 2009 to cross Bass Strait I had no idea of the obstacles I had to jump, bump and trip on before landing at Little Musselroe Bay, Tasmania on the 25th February 2011. Before making my first paddle stroke on the famous Bass Strait I had to contend with a smashed and destroyed kayak, a few shoulder dislocations, helicopter rescues, surgery, a rare nerve syndrome that claimed the use of two fingers and one false start! As they say, what doesn’t kill you just makes you stronger.

To possibly experience the edge of your very existence in a landscape of unforgiving but raw beauty is a transformative gift - it is the very illumination of self.(adapted from unknown)

Earlier this week, on the 21st January I set off at sunrise from Stanley Tasmania in my comparatively tiny sea kayak to paddle north across Australia’s Bass Strait. Two hundred & twenty four kilometres and 32 hours later I arrived at Tidal River Victoria. This has been a long-held personal aspiration of mine, now realised under the most amazing full moon and sea conditions I have dreamed about and very patiently waited for! It’s difficult to comprehend that so much can be experienced within a 32 hour period and I still haven’t come to terms with what has really has just happened.. but in time I look forward to sharing more of my experience for those who are keen to listen!

For now though while the experience is still fresh in the mind and body I would like to try sharing a few thoughts.. I strongly remember the feeling of a deep contentment building with every kilometre I paddled toward the middle of the Strait. As I became more immersed within the remote world around me I was becoming more at ease and actually very joyful to be exactly where I wanted to be - in the middle of Bass Strait, on my own in my kayak, in a landscape of unforgiving but raw beauty. At this point all the doubts, fears and tensions dissolved and the deepest feeling of calm and quiet dominated my soul… aah until I became sea sick! From there I’d never experienced such simultaneous deep joy and suffering! I was completely enchanted navigating under a full moonlit ocean but overwhelmed by the feeling of being totally drained of energy by the onset of motion sickness.. with over 80km yet to paddle …aaah but I wouldn’t have swapped it for anything! More to follow : )

A note on the ‘2 Degrees of Freedom’; During the evolution of this trip I have often thought of it as my ‘2 degrees of freedom project’ - it is a play between the idea that a degree of latitude is 111km, and since my trip was basically of similar distance x2 it was an obvious idea but then the ‘freedom’ aspect came into being as I could think of nothing more then the freedom one would feel being immersed in such an environment on your own - I couldn’t help reflecting on the statistical concept of ‘degrees of freedom’ from my analytical biology days.. i.e. the number of independent ways by which a dynamic system can move, without violating any constraint imposed on it, is called number of degrees of freedom.

Thank you
I want to acknowledge the very special few that were so essential to me achieving my crossing - especially Stuart Trueman who has been onboard for a few years now and endured being a key contact for not only this crossing but for 2 previous attempts. Stuarts experience and deep wisdom from years of traversing the seas by kayak are invaluable and were a deep comfort and resource for me. It was a privilege to follow in his ‘paddle-steps’ and have the opportunity to do so.
Also a huge thanks to the lovely Dave and Jennie from Devenport who were on standby for more then this occasion to pick me up and provide a way back to the ferry should I have made a Nth to Sth crossing. To Grant Hyland who at the last minute came to my rescue and provided an essential ride to Stanley. To Kate and Ray Pilbrow who also dropped their lives for me and provided a wonderful before and after service! Kate dropped me off at the ferry in Melbourne and was there for me at Tidal River - thankU! And to my dear friends.. Peter had the unenviable task of contacting the folks should something go wrong.. phew : ) And for Luke who provided so much encouragement and support.. sxxO

I also want to thank Matt Bezzina for now becoming my biggest ‘fan’ - 🙏🏻😛 - and sharing my journey with so much excitement and respect for what it meant to me - I can’t tell you how overwhelmed I was to arrive home last night from the long drive from Melbourne to find so many comments of appreciation and joy for my successful crossing - huge warm thank you to all of you who have already acknowledged my trip !! Sx💙🌊✨🌕☀️

There is a little bit more about Shaan here:
https://cremornephysio.com.au/meet-our-team-olf2/shaan-gresser/