This was another trip put on by the Southern Maine Sea Kayak Network, a very active group with trips every week. Eastern Egg Rock is more of an island than a rock, and is the place where a successful breeding plan has reintroduced Puffins to the island. Landing is forbidden because of the delicate nature of the place, so it was a paddle there and back without getting out of the kayaks, maybe a total of 9 or 10 nautical miles all up.

We met at New Harbour on Pemaquid Neck, 13 paddlers in all. 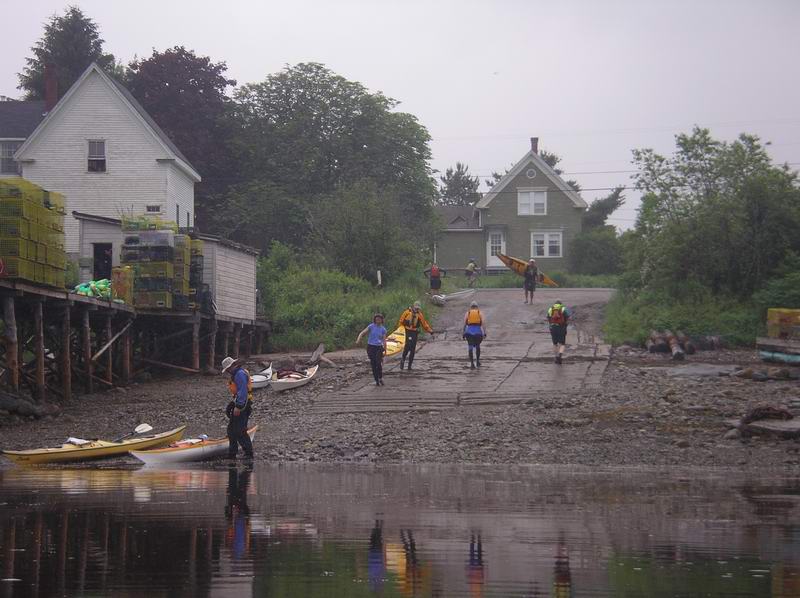 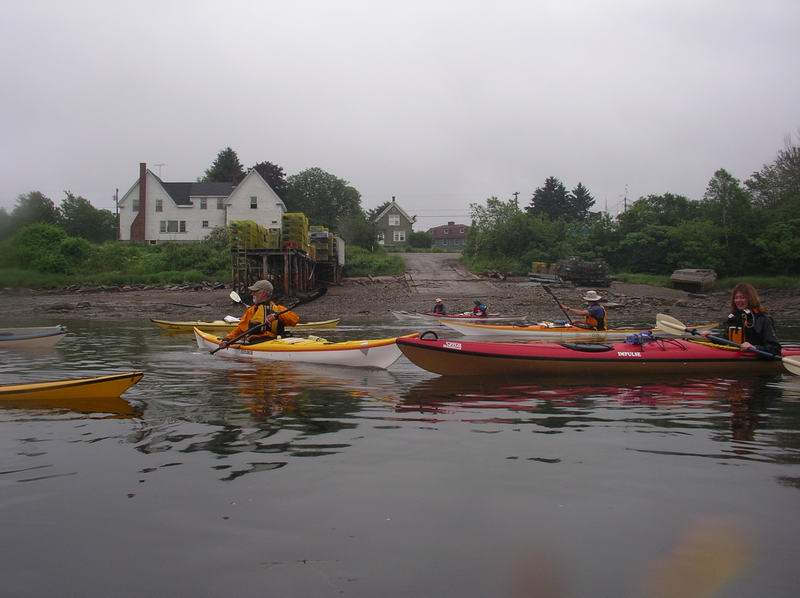 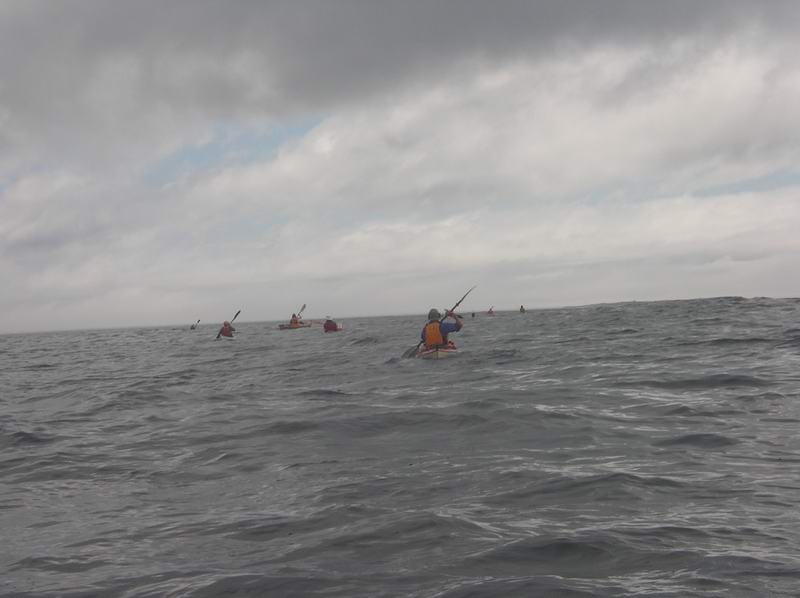 The day was calm and sunny. There was a lot of exhuberance in the first 10 or 15 minutes on the water, but then the pace settled down to a more normal one. We steered approx SE for a bit over an hour, and I found there was a nice quartering breeze for sailing. I was tagging along at the rear for half the crossing, keeping the tail-enders company, but then was able to put up both sails and cruise up to the front just as we approached the island. A low swell had very small breaks over some of the ledges and we were able to paddle around the island close inshore. And yes, there were Puffins. A bit hard to get close enough to photograph them as most of them were inland, or flying past at great speed. 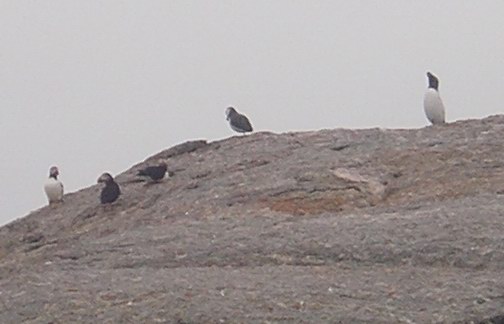 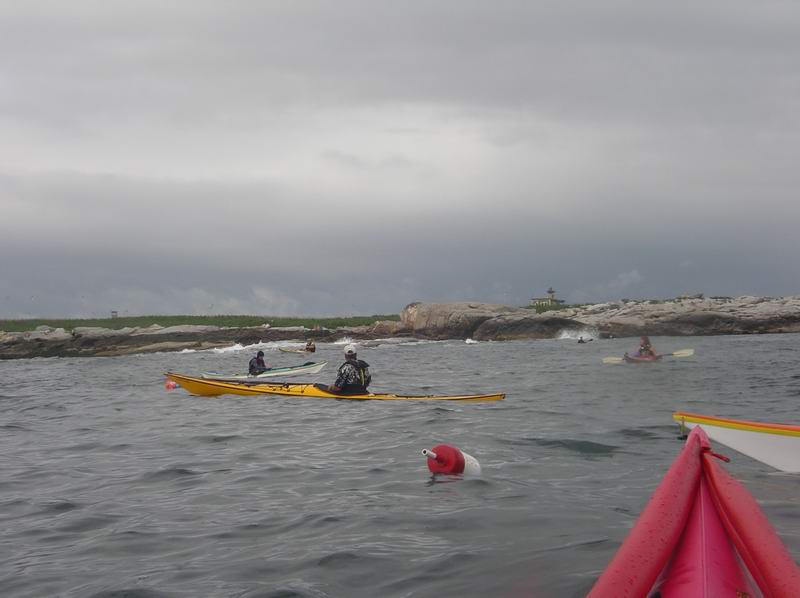 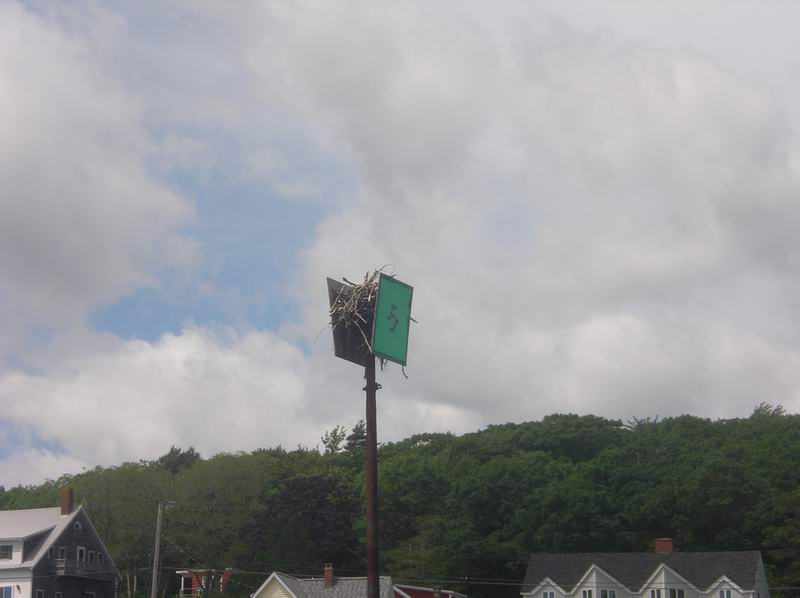 Back in New Harbour most of us went to the Lobster Wharf for a meal.