This a was relatively minor trip out to Eagle Island, done in very warm calm conditions, roundabout 5 miles each way. Eagle Island was the summer home of Admiral Peary, who in 1909 claimed to have been the first person to reach the North Pole, a claim that subsequently attracted much criticism and controversy, and is today widely doubted.

The Southern Maine Sea Kayaking Network had organised the trip, and 11 paddlers started out from the bridge between Orrs Island and Bailey Island. There were 12 paddlers on the return trip as one paddler had turned up at 8am (instead of 10.30am) and thought she must have the wrong day so paddled out by herself. We paddled down the southern side of Bailey Island, out past Little Mark Island with its large monument, then across to Eagle Island. On the return journey we popped in and out of Mackerel Cove on Bailey Island, and then up the northern side of the island back to the cars.

The trip had been basically planned for like minded paddlers with "skinny sticks" paddles - like this one below on the left, but was open to normal people as well. 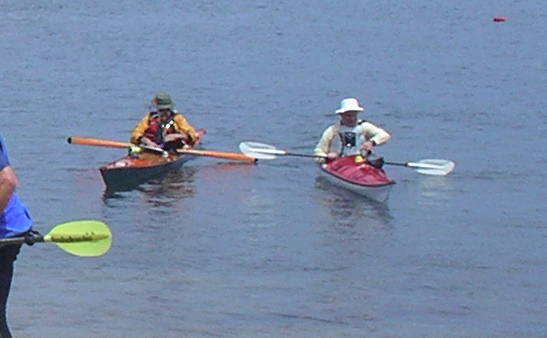 Elli and I are only in the States till about mid September so are taking nearly every opportunity to get out and paddle with the club. This was a good chance to try out my new (used) kayak. It is a British Greenlander (not the Greenlander Pro, and certainly not the excellent Tasmanian Greenlander by Adrian Dean) and I'd spent weeks and weeks over last winter modifying it to try and get it to an acceptable level. More about that in a separate article later, but I can say I would never recommend this kayak to anyone. 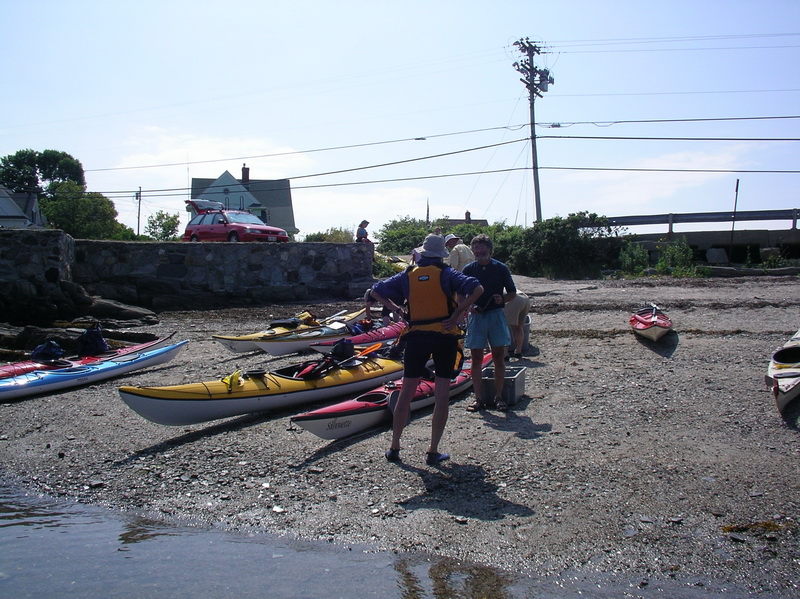 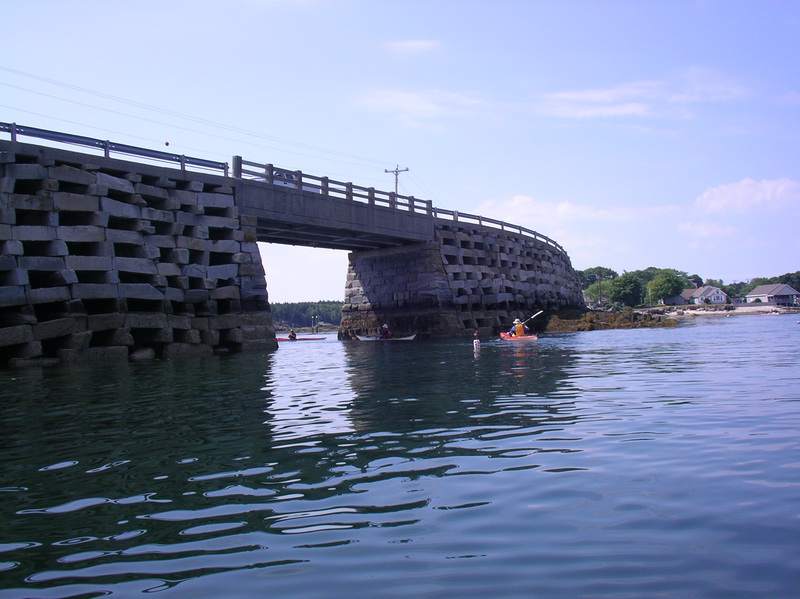 Under the bridge and down the south side of Bailey Island. 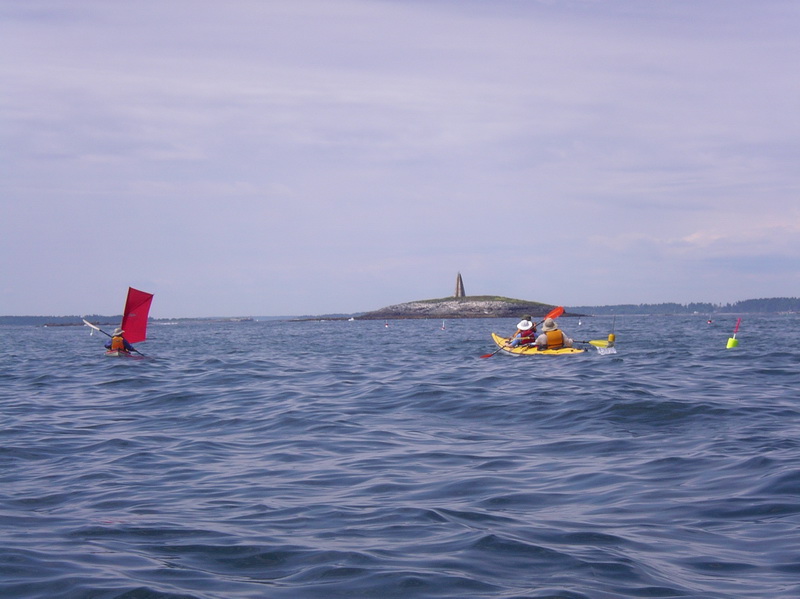 Little Mark Island, and the Monument. 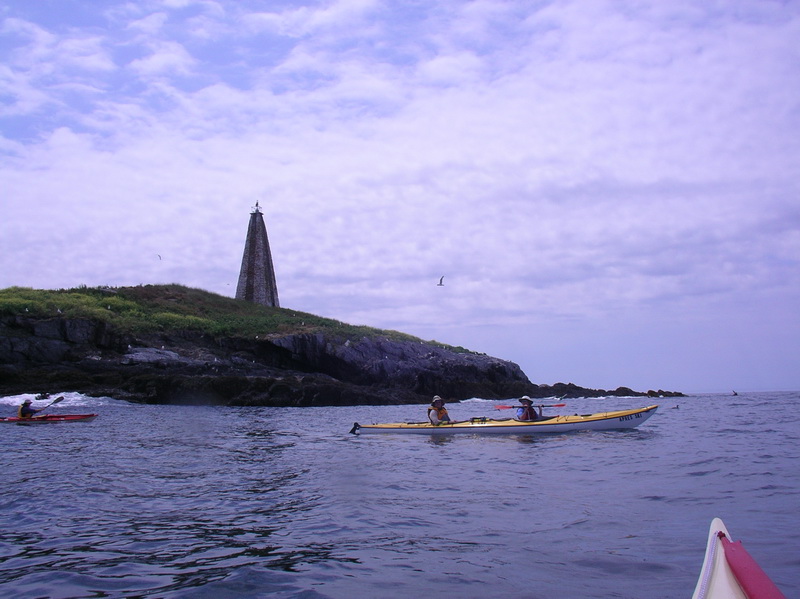 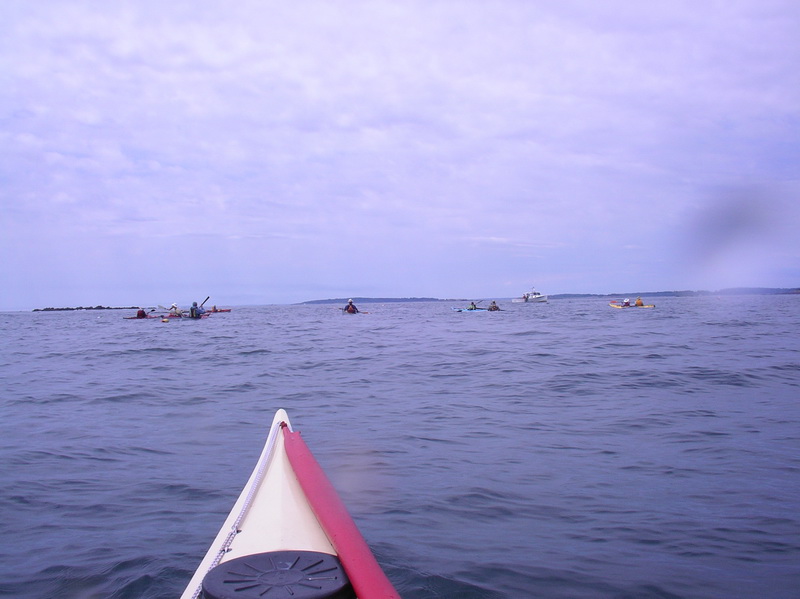 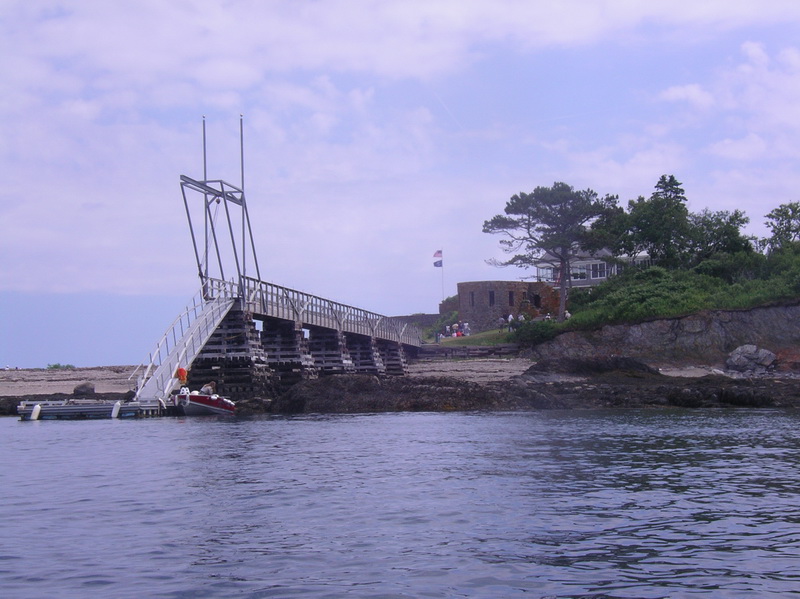 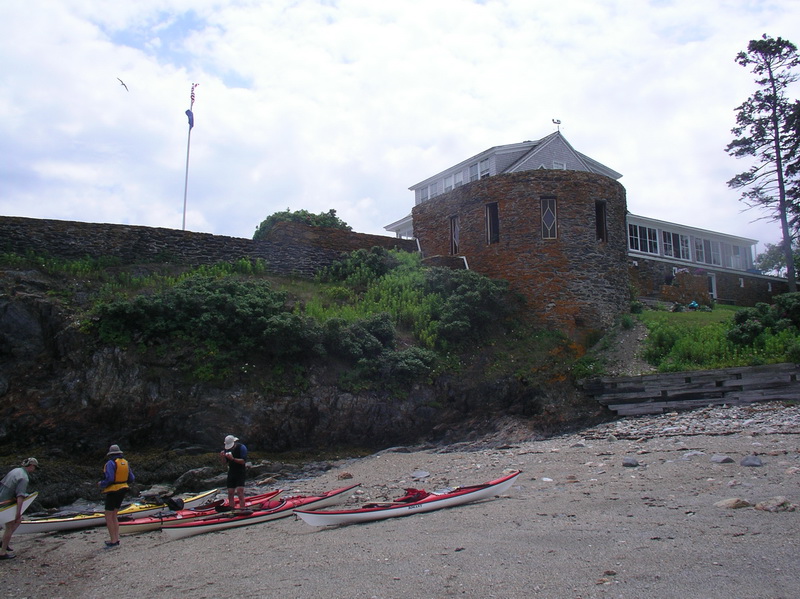 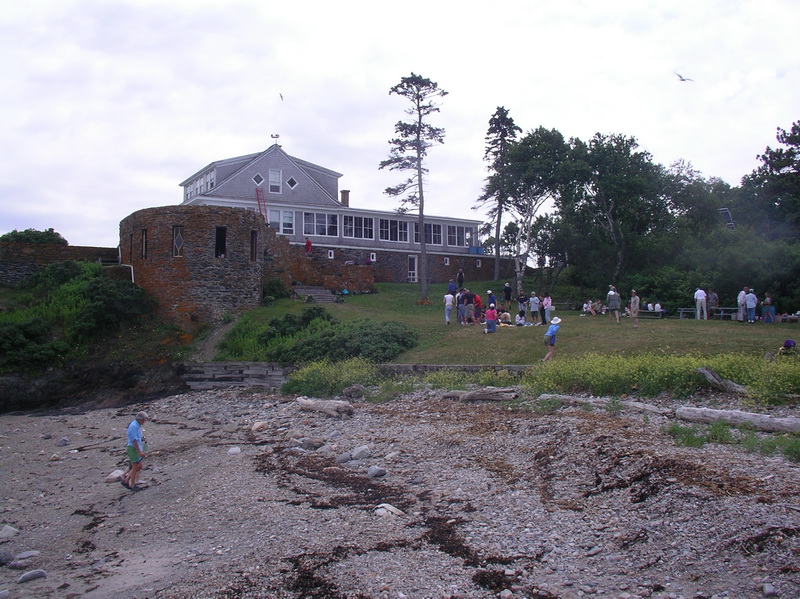 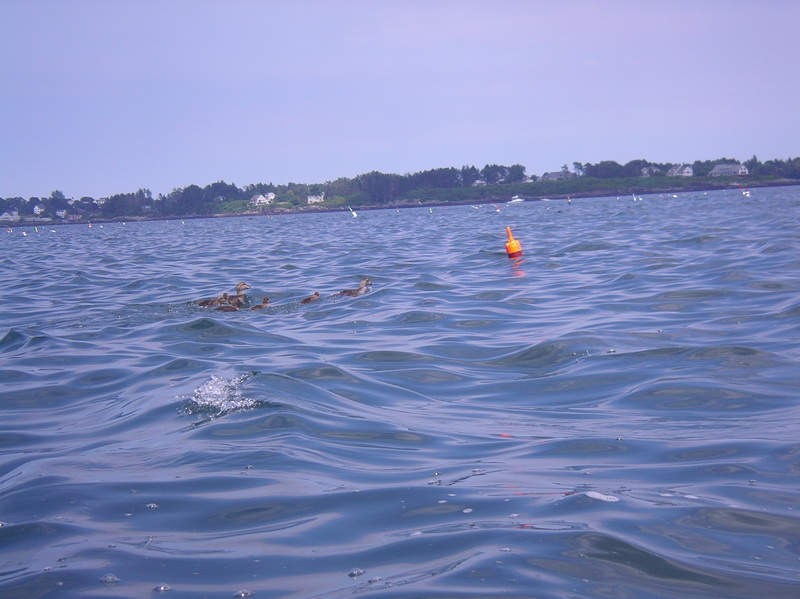 Thousands of ducks and goslings along the coastline. 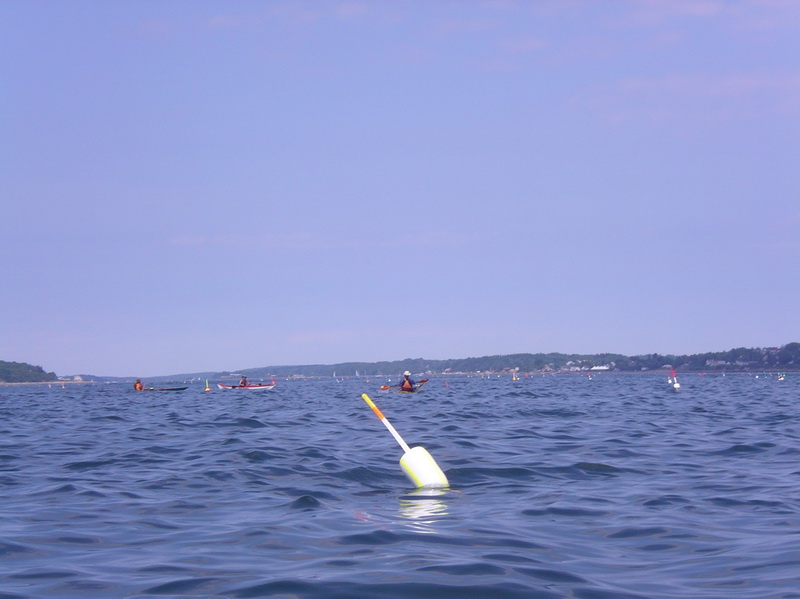 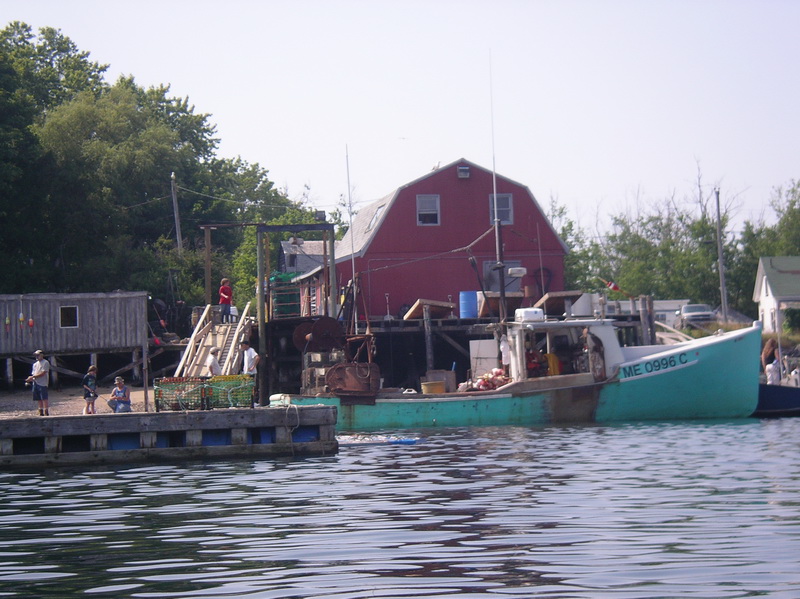 We paddled up into Mackerel Cove for a look on the way back to the cars. 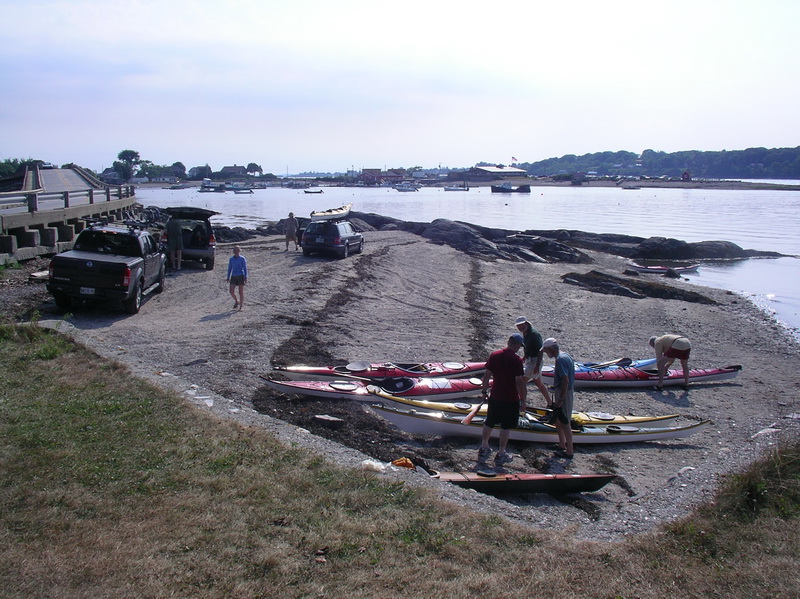 Back at the start/finish. 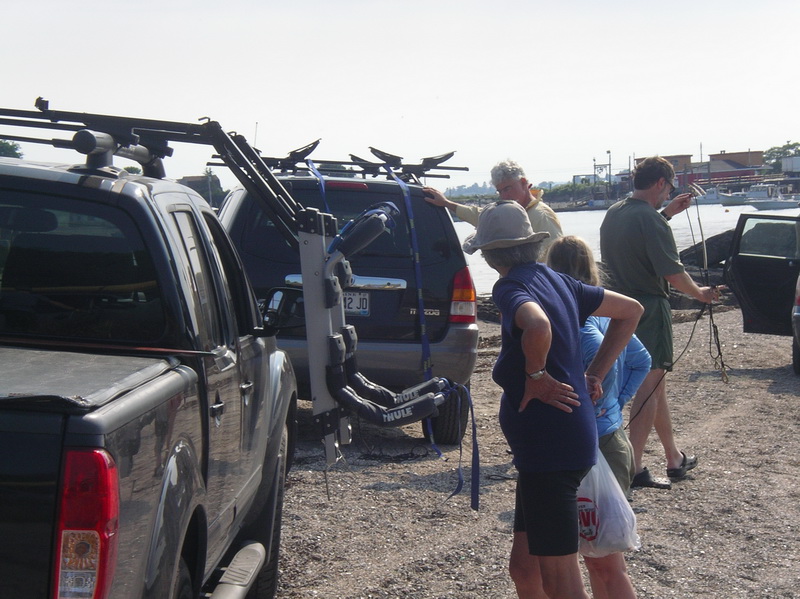 This was an interesting concept for getting a kayak on top of a tall vehicle. You still have to lift it up, but at least it is not banging against the vehicle. 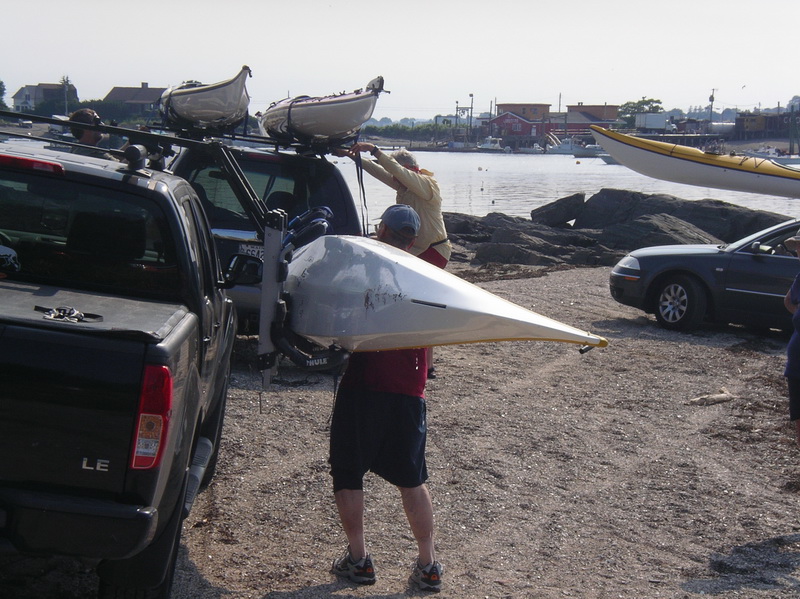 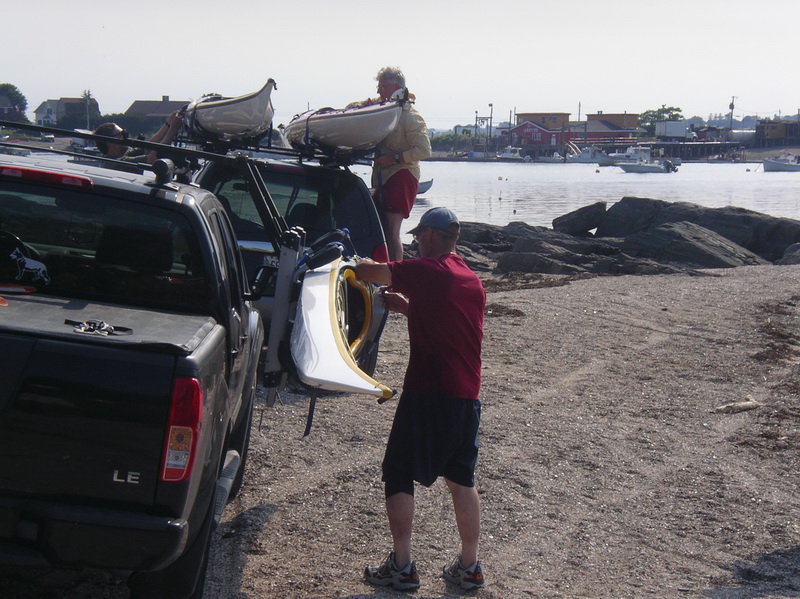 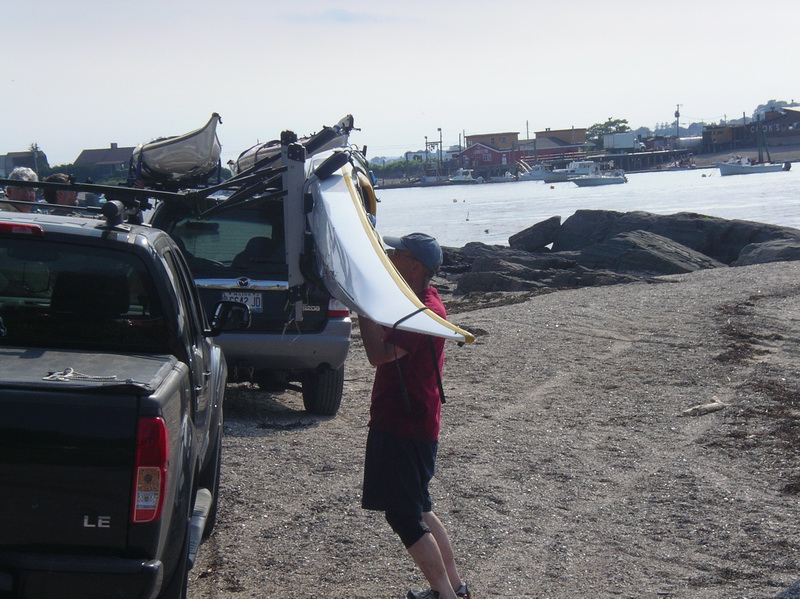 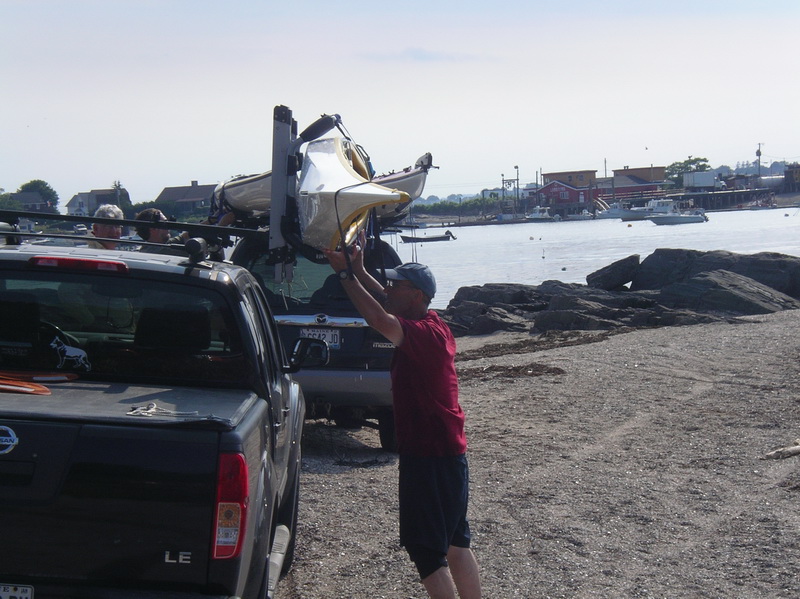 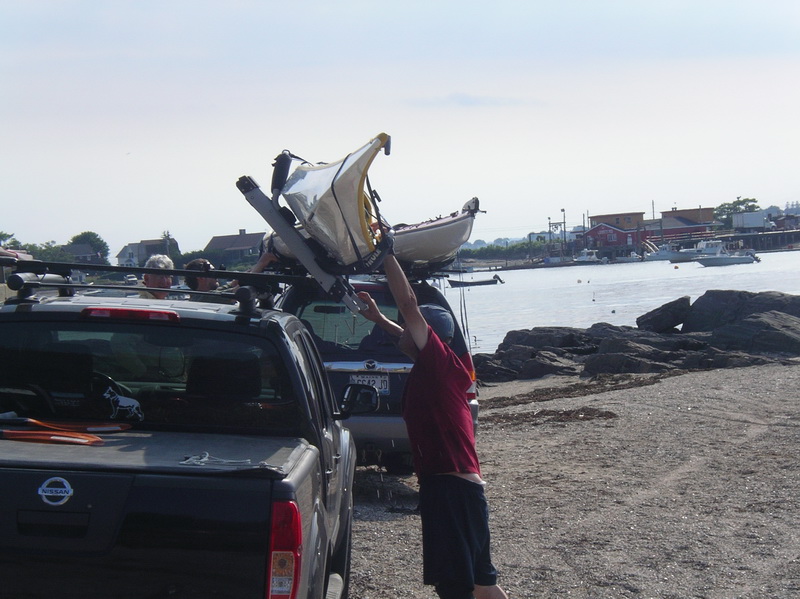 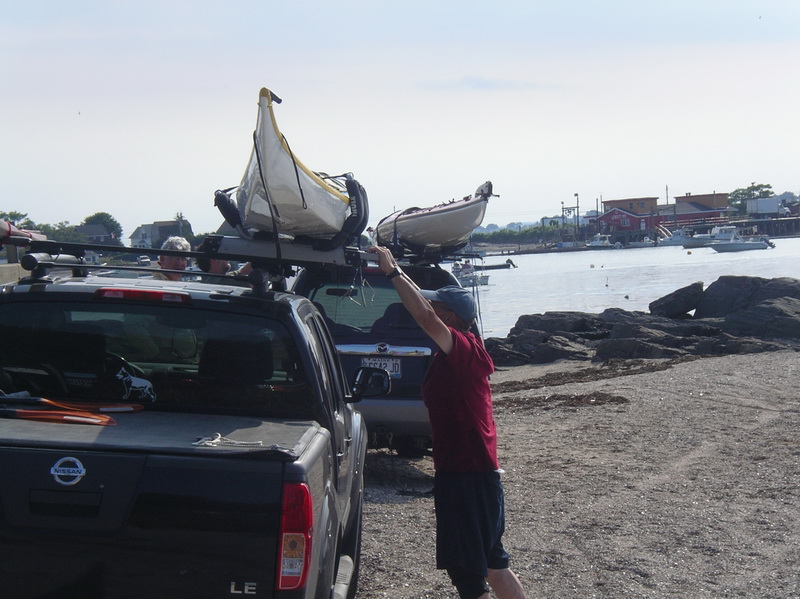